All from before is now obsolete 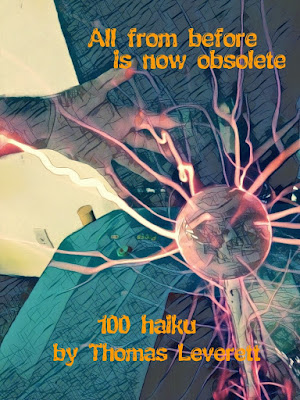 This book has given "Boxcars on Walnut" (see the ad on the side) a new life, for this reason: small haiku books are clearly the way to go. Putting a thousand in a single volume was clearly beyond my ability to sustain, not to mention do well, and this one in general has a much better chance.

American haiku, 5-7-5, is alive and well. Making a collection of them gives you a single form for every one in the book, and there's something to be said for that. When it's all over, Boxcars on Walnut will be the first of a series.
Posted by tom at 1:39 PM No comments:

I was proud to learn that when the president tried to fly into southern Illinois, have a lightning rally at the airport, and leave town fast, a number of people were there to greet him. Someone who owned a farm near the airport allowed their land to be used for a huge "LIAR" sign, visible from the airport. The paid audience, many of whom came from elsewhere, were there to boo the protesters, but there were more protesters. Maybe they can't pay people enough to go to these rallies.

He hasn't been especially good for southern Illinois; he promised to bring back dirty coal, but, I don't think that will do it for southern Illinois, even if he were able to do that. I don't even think they want dirty coal anymore. Hospitals are one of our few remaining industries, and hospitals have been full of black lung for years. Dirty coal is not the answer.

I'll get a picture if I can. All I can say is, VOTE. That stooge you have in there who keeps voting for things like tax cuts for the wealthy, he has to go too.
Posted by tom at 12:18 PM 1 comment: 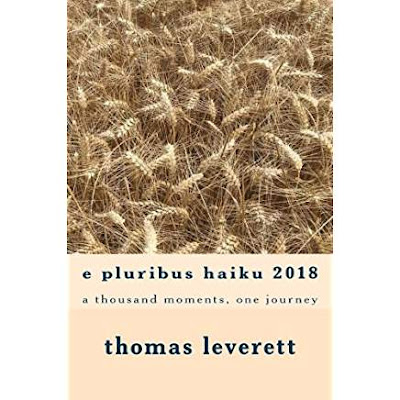 
1000 original haiku from fifty states and the District of Columbia - written in an original 5-7-5 style. Haiku are colorful and physical and include a season word or hint. Because the USA is geographically spread out, geography clues are necessary too.
Posted by tom at 7:31 PM No comments: 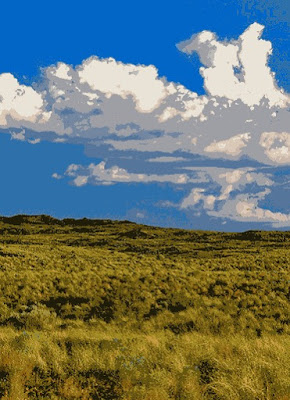 details on my facebook author's page
Posted by tom at 9:30 AM No comments: 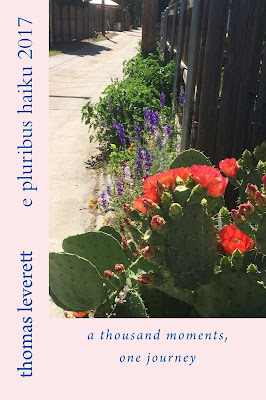 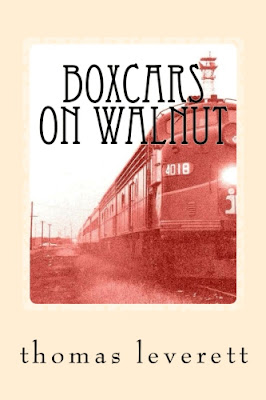 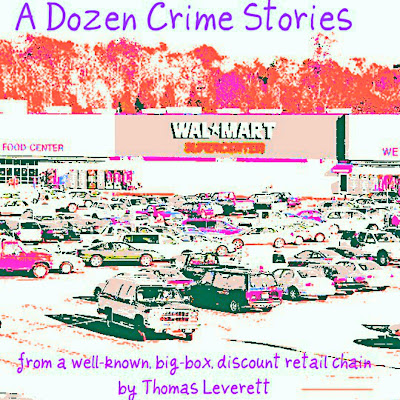 Now available on audiobook!
Posted by tom at 4:07 PM No comments:

This is the original home of Boxcars on Walnut, original haiku from southern Illinois. There is one little town, and it's dominated by a train, and that train sometimes flies through in the middle of the night. And then, the town is quiet again... 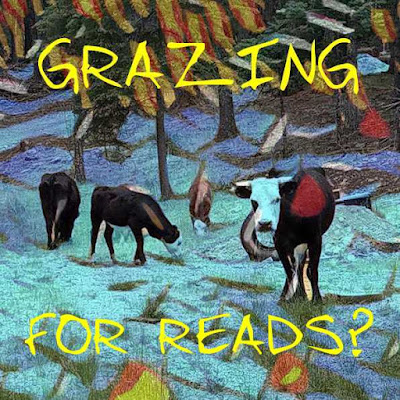 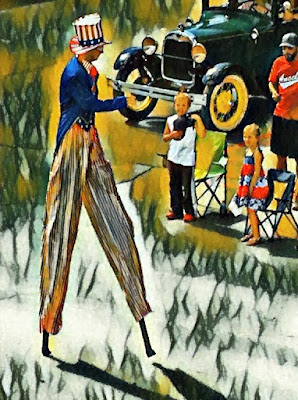 i started this as an experimental site, hoping to show what different things link poetry can do. i have changed from link poetry to computer pop art, mostly because i'm a writing teacher & too busy for anything but visual arts. my other poetry site, e pluribus haiku, is more austere, simpler, but i intend this to be more playful, more experimental & try out some design features. it's also a tribute to my adopted hometown, carbondale illinois usa, for all it's worth- land of obama, home of the illinois central. it's still in progress, as you can see. many of the poems in the archives were originally stored in a href, home of link poetry, but i haven't really worked on them yet. this is all coming. so, come back...it will be ready in a while! -thomas leverett, site author see what's out there